Upon the recommendation of the MSMTA Board, this year’s state conference has been moved online for the safety of our conference attendees. If you’ve never attended a state conference before, this is the perfect opportunity to join us in a convenient and accessible online format!

This one-day live streaming conference will be held on October 30, 2020, and will feature keynote presentations by world renowned performer and pedagogue Sasha Starcevich, along with a virtual piano master class and an interactive chat, all from the convenience of your own home. If you’re new to online conferences, never fear! MSMTA will have a tech team on hand dedicated to ensuring that all registrants can access the day’s events.

Register online here, or you may download and mail the registration form here. Specific information and instructions for  logging in to the conference will be sent to all registrants by email as the date approaches. A conference brochure will be mailed to everyone who registers by October 1, so sign up today! We look forward to “seeing” you there! 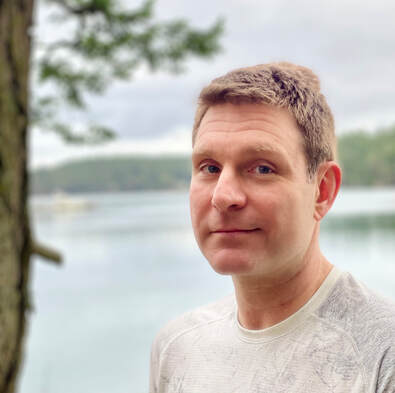 Sasha Starcevich is currently enjoying a rewarding career as an international performer and teacher with his engaging performances and passionate teaching, both at home and around the globe.

As a recitalist, he has appeared in many renowned venues such as New York’s Carnegie Recital Hall, Moscow’s Tchaikovsky Hall, and in London’s Wigmore Hall.  His debut recital there was met with critical acclaim, and a review in the Musical Opinion stated: “The repertoire was brilliantly conceived; a thoroughly enjoyable recital at every level”.   He has continued to thrill audiences with Concerto appearances, chamber, and solo recitals throughout North America, Europe and Asia.  The past two decades have seen Starcevich tour Russia with the Samara Philharmonic Orchestra, appear at the Holders Season, Barbados and the Henley Festival in England, and release several solo and Concerto recordings in the United States and England.

His principal teachers have included Ilana Vered, Peter Frankl, Claude Frank, Boris Berman, Jane Allen and Donna Fishwick.  His Doctoral and post-graduate degrees are from Yale University, and his undergraduate degree is from the Saint Louis Conservatory.  In addition, Starcevich has worked with Dimitri Bashkirov at the Gnessin School in Moscow, and also with many other world renowned artists.

He has been affiliate professor of piano at the State University of New York-Purchase, and Department Chair of Music and professor of piano at the South Carolina Governor’s School for the Arts.  He has maintained highly successful private studios in New York City, New Canaan, Connecticut, and Vancouver, Canada.  Currently, Starcevich has an extremely active and internationally recognized private studio in Bellevue, Washington, and gives masterclasses around the world.

In August of 2011, he joined the faculty of Musicfest Perugia in Italy. Additional appointments include serving on juries for international competitions in North America, and faculty appointments to some of the more noted festivals in the United States and Canada.

Larry Vaccaro teaches both public speaking and interpersonal communication at Great Falls College - MSU. He has more than 20 years of teaching experience at both the undergraduate and graduate levels, and he has conducted communication workshops as part of the College's outreach efforts. Mr. Vaccaro has been a guest speaker for the Montana Romance Writers on aspects of men's and women's communication.

Mr. Vaccaro is an Air Force veteran and has master's degrees in Communication, Logistics Management, and Education, with a focus on Counseling and Development. In 2013 he was awarded the Dean's Award for Teaching Excellence.

​Mr. Vaccaro and his wife reside in Great Falls and have three children and five grandchildren, all of whom live in Montana.