Conference Registrants as well as the local community are invited to participate in our first-ever Conference Choir!
Find the details and sign up here. 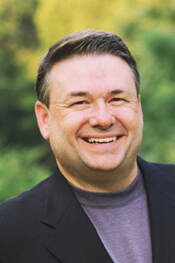 Joseph Martin, a native of North Carolina, earned his Bachelor of Music degree in Piano Performance at Furman University in Greenville, South Carolina. Subsequently he earned a Master of Music degree in Piano Performance at the University of Texas, Austin. Joseph taught for five years in the Piano Pedagogy Department of the University of Texas. His piano teachers include Jimmy Woodle, David Gibson, Amanda Vick Lethco, Martha Hilley and Danielle Martin.  While at Furman University, he was accompanist for choral director and composer Milburn Price and, inspired by his teaching, Martin began to compose.

He is a member of the staff at the Hal Leonard Corporation and Shawnee Press, Inc. as Director of Sacred Publications, with responsibilities for overseeing the editorial and creative direction of the company and also coordinating the recording and production aspects of future sacred publishing efforts.

Joseph has performed solo piano recitals and has been the featured artist with symphony orchestras in the United States and Mexico.  As winner of the Nina Plant Wideman Competition, he performed with the Guadalajara Symphony Orchestra.  His solo recital in Ex-convento del Carmen was broadcast nationally throughout the country.

His first solo piano recording, American Tapestry, was nominated for a Dove Award. This album, along with his other recordings (Songs of the Journey, Celtic Tapestry, A Christmas Tapestry, and A Symphony of Carols) has been enormously popular in the sacred and secular markets. He has recorded for Yamaha's Disklavier series and has composed hundreds of commissioned works.

Recognized throughout the United States for his many choral compositions, both sacred and secular, Joseph's music is published by numerous publishing houses.  Over two thousand compositions are currently in print and the list continues to grow. His composition "Pieta" was honored with an award from the John Ness Beck Foundation.

In 2008 he was inducted as a National Patron of the Delta Omicron International Music Fraternity.  Along with Mark Hayes and David Angerman, Joseph has co-authored a fully graded, progressive piano method for the Christian student called Keys for the Kingdom.  His major works include over 60 choral cantatas and Song of Wisdom, a choral tone poem based on the best-selling children's book, Old Turtle. His work for young voices Heartsongs, inspired by the life and words of Mattie J. Stepanek, was premiered at Carnegie Hall.

Joe is co-founder of a unique travel experience, “Journeys With Joe.” This program connects musicians and singers with extraordinary tours throughout the world. His company, Martin Creative Services has established conferences and seminars throughout the US, as well as developed innovative web based ventures such as Sanctuary Radio and Worship Songs Online.

His music can be heard in such diverse locations as Carnegie Hall and Lincoln Center in New York City; Constitution Hall in Washington DC, The Lawrence Welk Theatre in Branson, Missouri; St. Peter’s Basilica in Vatican City; and in hundreds of worship services in churches across the United States and Canada.  He continues to surprise audiences with the variety and scope of his compositions and arrangements.
​
Joseph is Artist in Residence at Concordia University in Austin, Texas where he lives with his wife Sue.